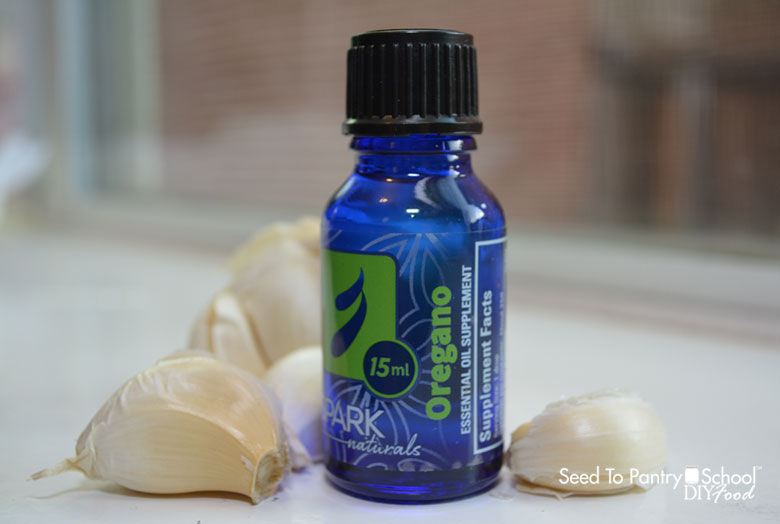 It’s easy to get into the habit of heading to the doctor’s office at the first sign of illness. As a result, antibiotics are being prescribed in higher numbers than ever before, and antibiotic resistance is becoming more and more of an issue to be aware of. While it’s important to go to the doctor when necessary, or when unsure what to do about a health challenge, most minor illnesses can be just as well-managed from home—and the ability to do so is an important step toward being self-reliant.

For me, getting sick happens so rarely that when I do come down with something, I am insufferable. As a result, I try to do everything I can to avoid it. Getting enough rest, washing my hands frequently, and eating a balanced diet do a pretty good job keeping me healthy. But on the rare occasion I start feeling ill, I assume I’ve either got a bacterial or viral infection, minor though it may be. At the first sign of symptoms – slightly scratchy throat, lack of energy, that foggy feeling in my head, or an earache – I head straight to my medicine cabinet for one of two things: garlic or oregano oil.

Of course, if I were having trouble breathing, had an uncontrollable fever, or other symptoms under the category of “serious”, I would head to a professional medical provider—and so should you!

The benefits of garlic are numerous; studies indicate it has significant cardiovascular benefits, particularly in assisting to control blood pressure, and it has also been shown to cut the duration of the common cold by up to 60% by boosting the immune system. And because it’s a food, associated health risks are low.

The garlic I’m talking about is exactly what you normally buy at the grocery store. While it’s preferable to purchase organic, regular will also do. If you ask ten people how they take garlic, you’ll probably get at least eleven answers, but I prefer to take mine the most direct way: like a pill.

Simply take a clove, cut it in two if it’s too big to swallow as-is, and swallow with a large glass of water. Let me emphasize the water—garlic contains a compound called fructans that, particularly if you’re swallowing whole cloves, can be a bit rough on the stomach. The water will help soften any potential stomach upset. Of course, if you know you are uncomfortably sensitive to garlic or onions in cooked food, this remedy might not be best for you. You can take a clove of garlic daily.

If I start getting an earache—something I take very seriously due to how unpleasant they are—I immediately start taking oregano oil. So far, each time I’ve taken it, the ear discomfort has gone away within twelve hours. Even more interesting is the affect it had on in infection in my mother’s mouth. Our dentist noticed she had a small infection in a tooth and gave her the option to take antibiotics or to treat it naturally. She chose to take oregano oil. When she returned a week later, the infection had disappeared. It may be anecdotal, but our dentist was impressed!

Oregano oil is exactly what it sounds like—oil from the popular cooking herb. For years, it’s been on the list of things to take if you are fighting a yeast overgrowth. As it turns out, it’s not only an antifungal, but contains antibacterial, antiviral, and anti-inflammatory properties as well.

Most oregano oil purchased from a retailer has been professionally distilled. Though it’s unlikely you’ll have the equipment needed to create a steam distillation of the herb at home, you can make an extract pretty easily.

1. Heat the oil in the saucepan or small slow cooker until it’s hot, but not too hot to touch.
2. While the oil is heating, put your oregano in a plastic bag and take a meat mallet to it a dozen times or so to start releasing the oil.
3. Turn off the heat to the oil and transfer it to your pint size jar.
4. Add the oregano to the oil in the jar.
5. Leave the oil and oregano in a cool place to steep for about two weeks.
6. After two weeks, strain the leaves and transfer the infused oil to a jar for storage. Store somewhere cool and dark.

*Note: Oregano oil should not be taken for more than four weeks at a time.

The typical recommendation for taking oregano oil is one to two drops under the tongue four times per day when needed. I will warn you—it’s potent stuff. Mixing it with a little olive oil can help dilute the taste, but honestly, after a day or so, I hardly even notice it. Additionally, some people put it (diluted, again, with olive oil) directly on small skin abrasions, rashes, and toe nail fungus.

Which one to take?

It’s really up to you. I prefer to take garlic to maintain health during the cold and flu season, while I take oregano oil if I feel I’m in a more acute situation, but what works for you may be different.

Have you had success using garlic or oregano oil to treat minor bacterial, viral, and fungal infections? Share your ideas in the comment section below.

Lacey Thacker lives with her husband on a couple of acres they share with a dog, cat, and chickens. A writing teacher by day, by night she spends her time reading, planning her next homestead project, and learning more about natural health.