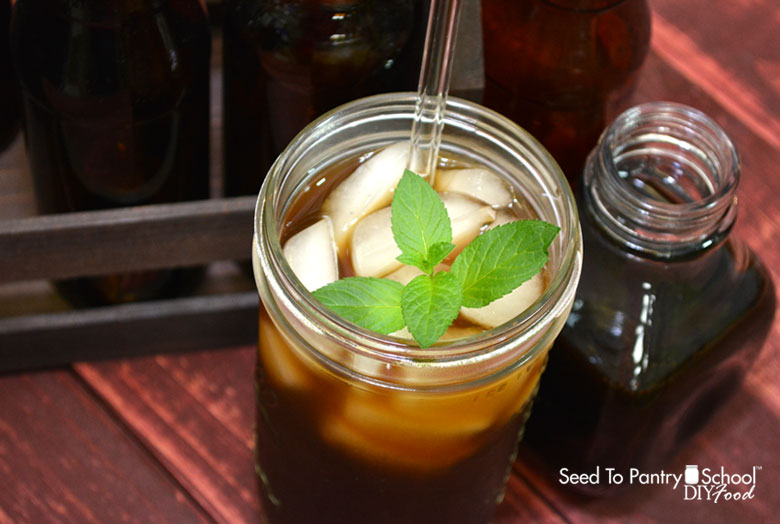 Soda, Cola, Pop, seltzer, call them what you will, soft drinks are everywhere. They are sold by fast food chains, movie theaters, supermarkets, and even in vending machines at your office. But store-bought sodas are often both unhealthy and expensive, and so the better alternative would be to make your own. We’ve talked about making soda the old-fashioned natural way, but it can be confusing and can take a couple days. A commercial, restaurant-style setup for quick carbonation can cost hundreds, if not thousands of dollars. That’s why we’re here to show you how to make your own soda syrup for homemade soda without using any of the traditional methods like fermenting with yeast or having huge jugs to store soda while it ferments. (Note: this method is not meant to replace the traditional ones, it is simply more cost efficient and convenient for some.)

Before we explain how to make soda in this way, first we need to explain how soda is made at home traditionally. The most commonly used method is fermentation, or yeast carbonating. Fermentation is done by adding living yeast to a flavored beverage (typically a juice of some kind), and then adding sugar for it to feed on. The yeast eat the added sugar and produce two things, alcohol, and CO2 or carbon dioxide. The alcohol is usually not strong enough to overpower the soda, unless you leave your soda unattended too long, in which case it becomes wine or cider. The carbon dioxide is what actually makes the soda carbonate; when a bottle or jug is pressurized and sealed, the carbon dioxide will dissolve into your beverage, making it fizzy.

Obviously that process is complicated, expensive, and at times, even dangerous (if you forget your bottle for even a few hours you can wind up with either a fountain or an explosion). So starting with carbonated water may be your best, easiest bet for beginning to make your very own soda.

With this method you have to carbonate your water before you flavor it with the soda syrup, so we will need to make sparkling water. Sparkling water is essentially just water that has been carbonated by adding carbon dioxide, and there are four different ways to obtain it. There are other kinds of carbonated water such as club soda, tonic water, or mineral water, but none of them can be used to make soda as they as they already have additives in them, have calories, or get their fizzyness from dissolved minerals. Make sure that if you are making sparkling water, always keep your water cold before carbonation.

Your first option is really a simple one, just buy it. Sparkling water can be obtained any number of places: supermarkets, convenience stores, or homebrewing stores.

Use a soda siphon

Your second option is not such a simple one, but probably more effective. A soda siphon is a metal canister (typically a cylinder in shape) that squirts carbon dioxide into a beverage through a nozzle at the top. They use single use cartridges that can be bought in bulk online, or at home brewing or hardware stores. A good siphon will range in price from $60 to $100 or more. The best known brand for siphons is iSi, who have been making siphons for one hundred and forty-nine years.

Use a bottle cap carbonator

Your third option is to use a bottle cap carbonator, a small device that attaches to the top of any reusable bottle and injects them with a shot a carbon dioxide. You can buy more injections at home brewing and hardware stores.

Use a standing carbonator

Your fourth and final option requires a heavy and expensive machine, but if used enough, it can pay for itself in terms of how much time, money and energy it will save you. A standing carbonator is a tall machine with a dock for special bottles. It uses a multiple use carbon dioxide canister hidden inside that connects to a small, thin tube that pokes into the water inside the bottle when it is in the dock, and shoots a concentrated stream of carbon dioxide into the bottle. A standing carbonator can cost anywhere from $60 to over $200, but you should be able to find a good one for about $100. The best known brand for standing carbonators is SodaStream, who make carbonators, bottles, and even sparkling water flavoring.

(Note: do not try to modify or add any third party materials to any carbonator unless otherwise posted in your carbonators instruction manual – they built it, so trust them on how to use it)

A SodaStream is definitely the most costly item on this list, so here is some math to tell you whether or not it is right for you. 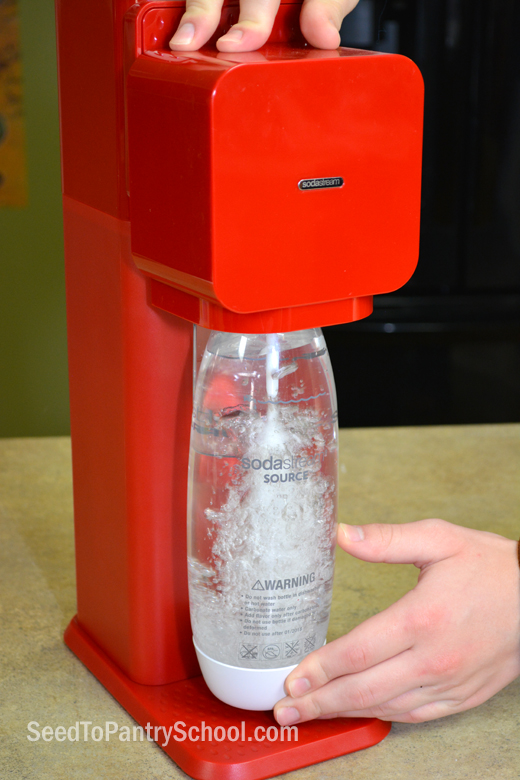 The most basic model is the SodaStream Source, which costs about $80. It comes with a single cartridge that will carbonate 60 liters worth of soda (It also comes with a one liter bottle). Meaning, it costs about $1.33 per liter of soda. However, each canister refill costs about $15, meaning that $80+$15 makes 120 liters, so each liter now costs $0.79. A second refill would mean that $95+$15 makes 180 liters, making each liter cost about $0.61. You can see that for each refill, the cost per liter goes down a little more. Depending on how much soda you drink per week, you will probably come out ahead (as opposed to buying bottles of carbonated water) after about 6 months or so.

Now that you have yourself some club soda, it’s time to give it some flavor. First off, you will need a soda syrup or base. These are concentrated soda flavors that usually retain the consistency of syrup, and are poured into a beverage in small amounts to give it flavor. As with club soda, there are multiple ways to obtain it. (Note: do not add any more than required to a beverage with commercial syrups, as most commercial brands contain sucralose, which can be hazardous to your health if ingested in excess.)

Just as with club soda, you can also buy soda syrups at your local supermarket or homebrewing store. The two best known brands for purchasing soda syrups are SodaStream, who sell syrups that are also compatible with the SodaStream Source, and Old Fashioned Homebrew, a company that sells more traditional syrups like sarsaparilla and root beer. (Note: Old Fashioned Homebrew soda flavorings usually contain no sugar, and require some to be added. Others like SodaStream need no added sugar, but may use sucralose or other artificial sweeteners – be sure to check the label!)

This option is probably better than the previous one, as you can make thousands upon thousands of different varieties of syrup. There are recipes all over the internet for any flavor imaginable of syrup, and you can even experiment by making your own.

We’ve even included some syrup recipes to get you started! Here are three simple recipes for orange soda, cola, and root beer. 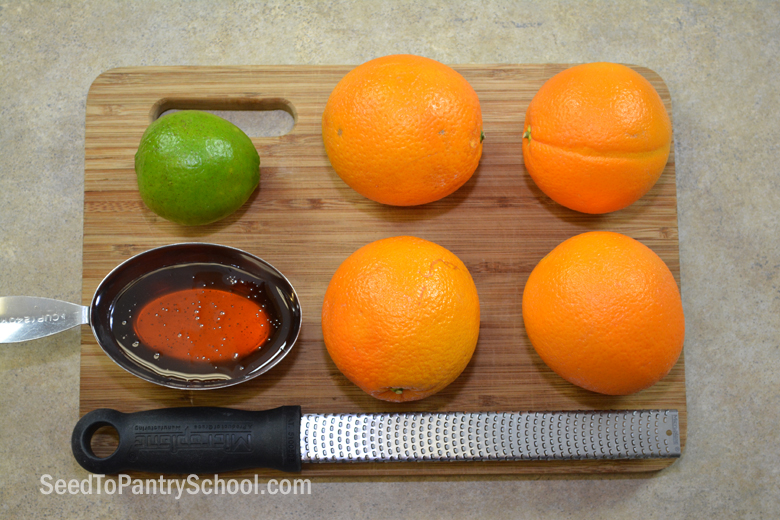 Combine the orange juice, orange zest, lime zest, and the honey or sugar in a small pan and stir. Bring the pan to a boil over medium-high heat. Stirring frequently, reduce the heat and let the mixture simmer until the liquid has reduced by about ⅓.

Allow the syrup to cool down, then strain it through a cheesecloth.

To add some more pucker to your syrup, add a small bit of citric acid to the mixture at the same time as the juice, from ⅛ to ¼ teaspoons depending on your personal preference. 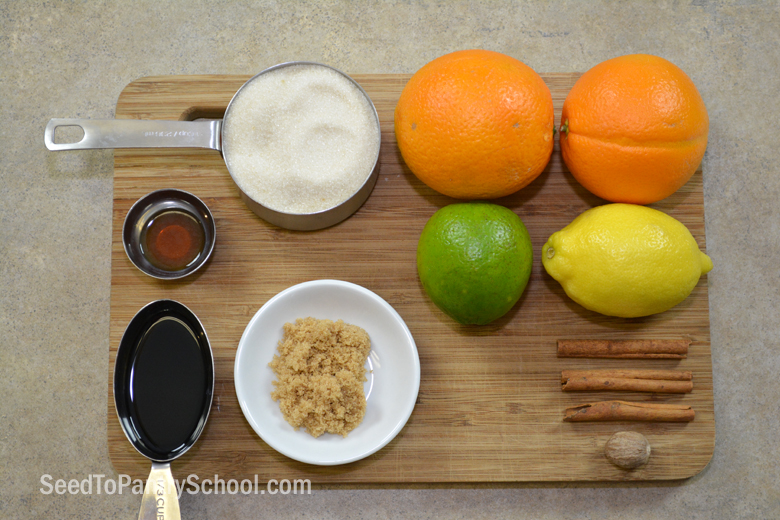 You want a total of about 4 tablespoons of lemon, lime and orange zest, and 1 cup juice.

Mix the water, citrus zest and juice, cinnamon, fennel seed and nutmeg into a large pan over medium heat. Whisk together and stir in the sugar. Bring the pan to a boil and stir until the sugar dissolves. Continue boiling for 1 minute.

Remove from heat and stir in the orange, lemon, and lime juices along with the browning sauce and vanilla extract, let cool and strain. 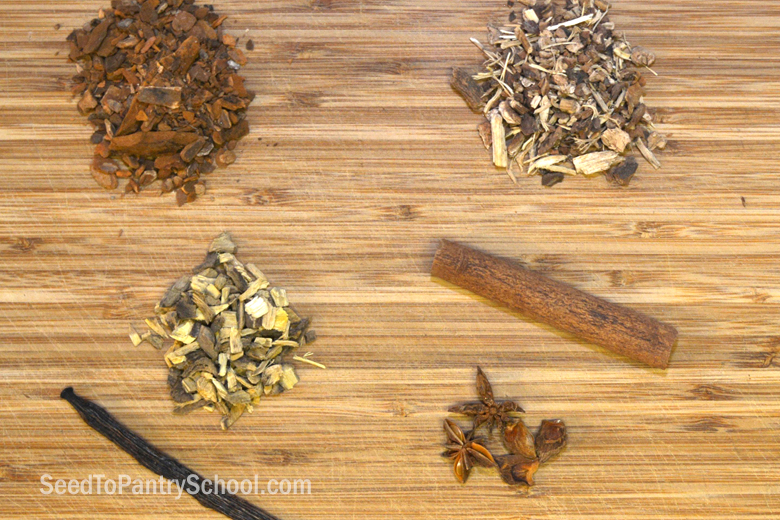 Combine the raisins and boiling water in a small covered pan and set aside to steep.

In a large pot over medium heat, combine 1 gallon of water, the sugar, and the sassafras root bark. Stir until the sugar has dissolved, then simmer uncovered for 40 minutes.

Remove from heat and pour the raisins and steeping water into the larger pot. Allow the mixture to cool for about 30 minutes, then strain.

Almost any concentrated soda syrup can be water bath canned and stored at room temperature for several years. Citrus sodas (like our orange soda above) may develop an off flavor after water bath canning, so test it on a small batch first.