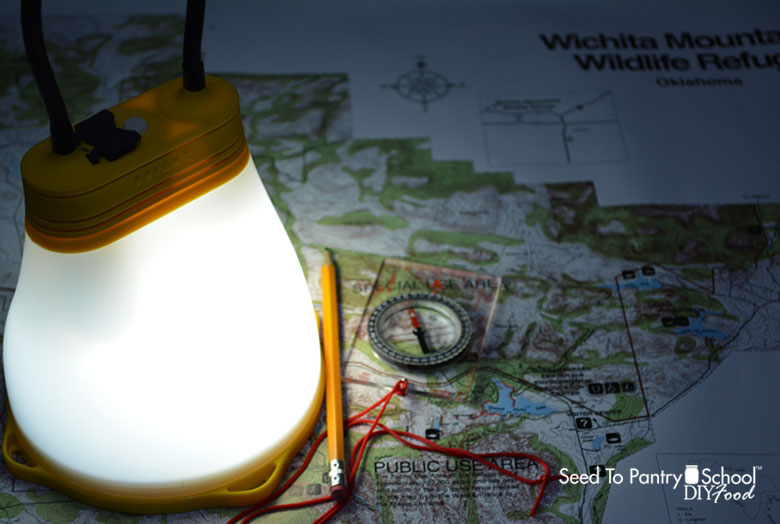 As a frequent camper, I’ve gone through more portable lights than I can count over the past 30ish years. Propane lanterns put out plenty of light, but they’re heavy, fragile, and not really something you want to use indoors or in a small tent. Candle lanterns are very portable and can be used just about anywhere, but they don’t put out very much light. Battery-powered lights have gotten considerably better since they’ve switched to using LEDs, but you still have to carry heavy batteries around. So when I was offered a SunBell Solar Lamp to review, I was very interested.

The SunBell Solar Lamp gives you a rechargeable lantern that can be used in many configurations. It is charged by the sun via a small solar panel, and can even recharge your phone (or any other device that charges via USB). Let’s take a closer look. 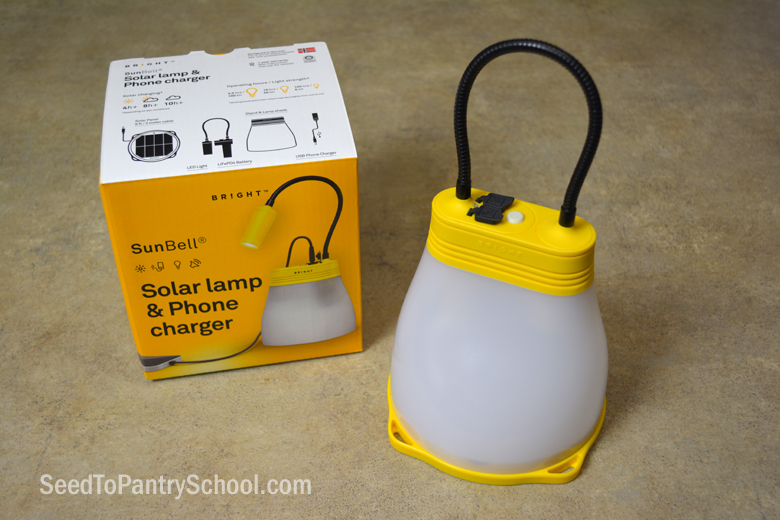 Everything is stored inside the SunBell itself. 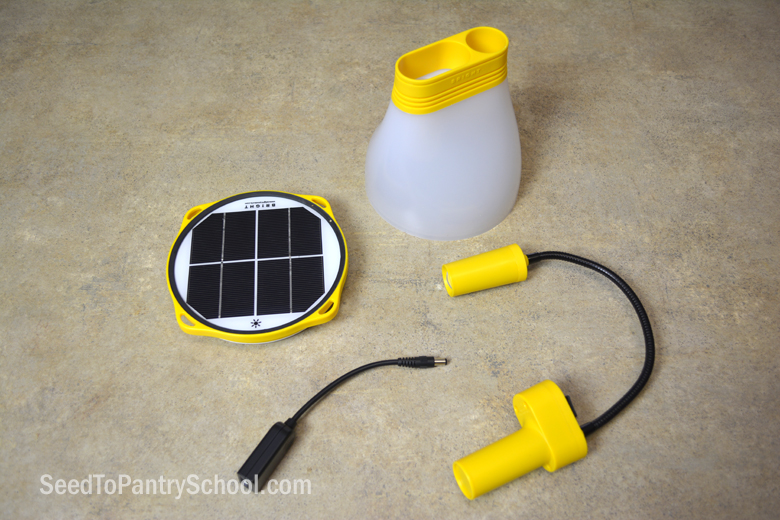 When packed, the SunBell measures about 6″ by 6″. Open it up and you’ll find the following pieces:

The SunBell can be used in several different configurations: 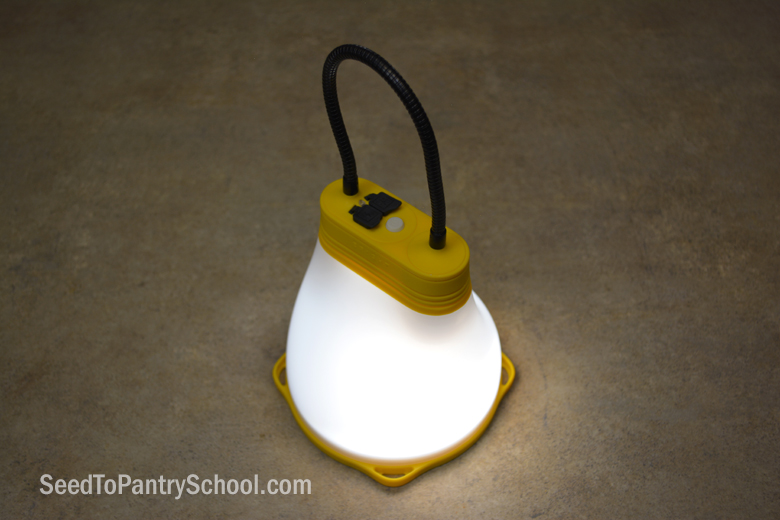 As a table lamp, with the base attached. 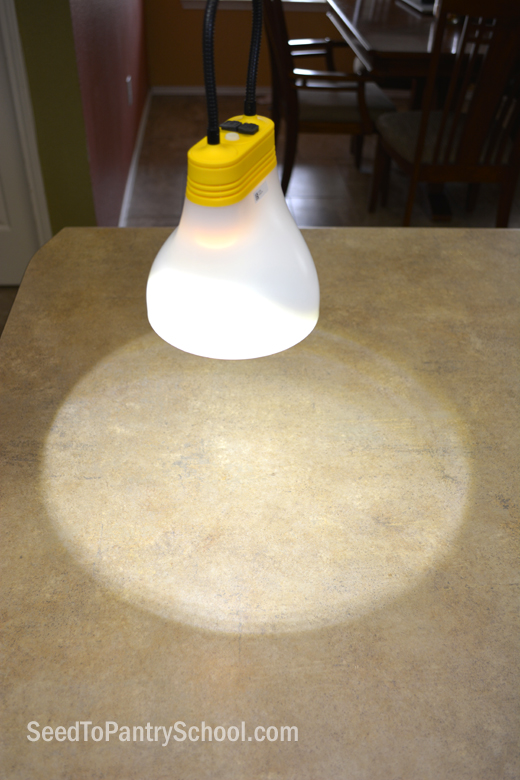 As a hanging lamp. 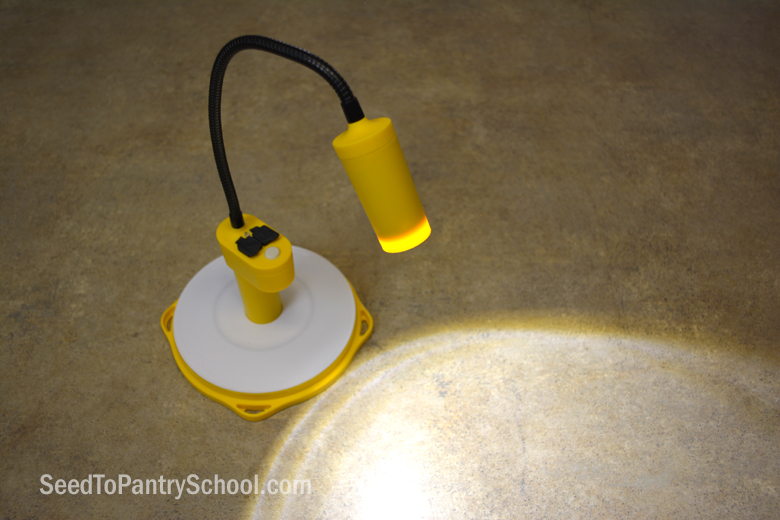 As a task light, without the shade. You can also use it this way as a hand-held flashlight. 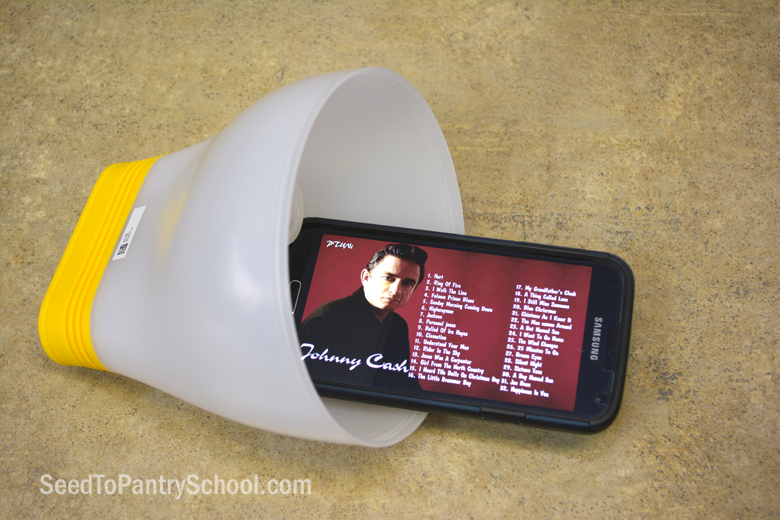 As a low-tech speaker, to amplify your phone or other music player 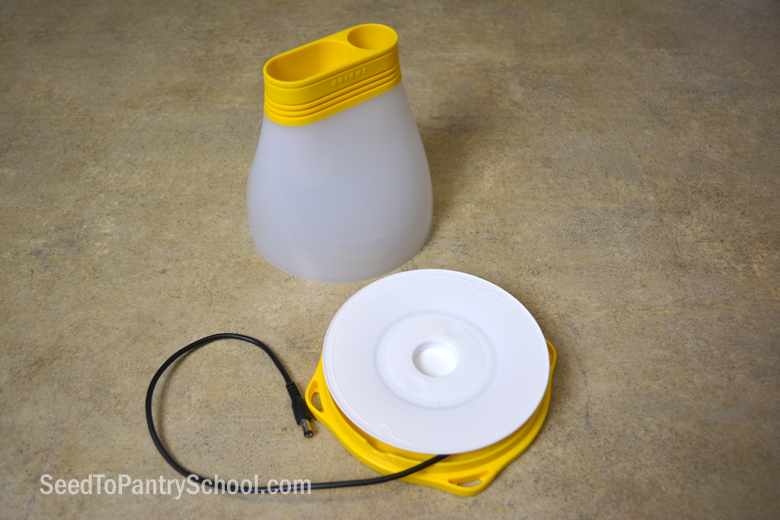 To charge the SunBell, remove the base from the shade and flip the cover up to unroll the charging cable. The cable clicks into a socket on the battery pack, and the solar panel can be placed up to 9 feet away from the lamp. 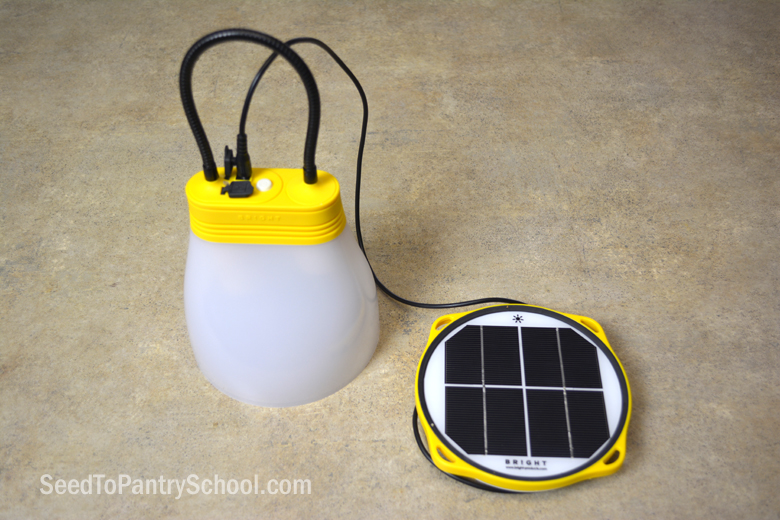 Charging the SunBell will take anywhere from 4 hours in full sunlight to 10+ hours on a cloudy day. The LED will blink at different rates to show you whether it’s charging quickly or slowly, and light up steady when it is fully charged. As part of my tests, I completely ran the battery down, then recharged it outside; it took about 6 hours on a slightly cloudy day.

Once fully charged, the instructions say that the lamp will give 4.5 hours of light on bright, 15 hours on medium, and 100 hours on low. You just click the on/off button multiple times to cycle through the brightness levels. Again, my tests seemed to confirm this, I got a bit over 4 hours on high. When the battery is almost empty the lamp will flash 3 times, then automatically dim to the lowest setting giving you 30 more minutes of light.

The one thing that I wish the manufacturer had included was a way to charge the SunBell from a wall outlet, even if it was just plugging a standard cell phone charger into it. If I were heading out on a trip, I’d like to be able to top it off quickly by plugging it into a wall rather than using the solar panel – especially if I’m packing at night and have forgotten to charge it!

With the shade on, it provides about the same amount of light as a 40-watt lamp. I don’t have an actual light meter to test this, but it definitely put out a nice glow, bright enough to read by. 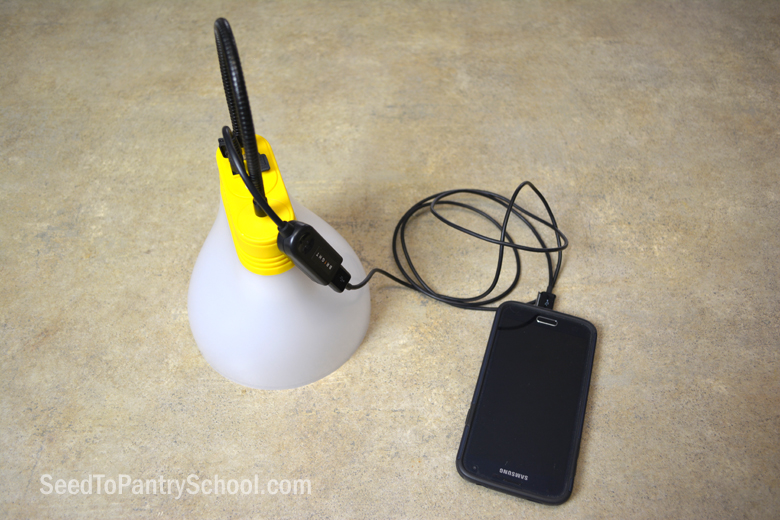 The SunBell will also charge your cell phone using a small USB adapter cable. You’re probably not going to get a full charge, however, depending on your phone. The SunBell has a 1,400 mAH battery, and my phone has a 2,800 mAH battery, so the SunBell simply doesn’t have enough juice to charge it all the way. It should be enough to keep you going, though.

So, did I like the SunBell Solar Lamp or not? For most uses, I’d give it a thumbs up. It’s too large to pack into a backpack or bug-out bag, but it’s a nice size for other uses. I’d like to see a slightly larger battery and the ability to charge it from the wall, but those aren’t huge issues. Currently the SunBell is going with us on our camping trips, and we keep it handy in the kitchen in case of a power failure.

The SunBell Solar Lamp and Phone Charger can be purchased at Eartheasy.com. 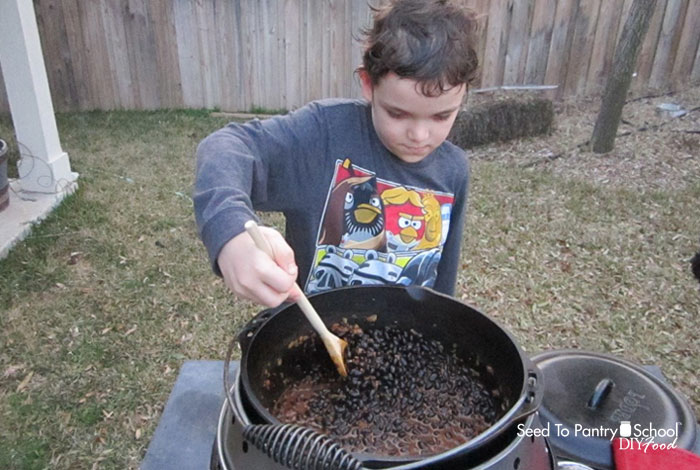 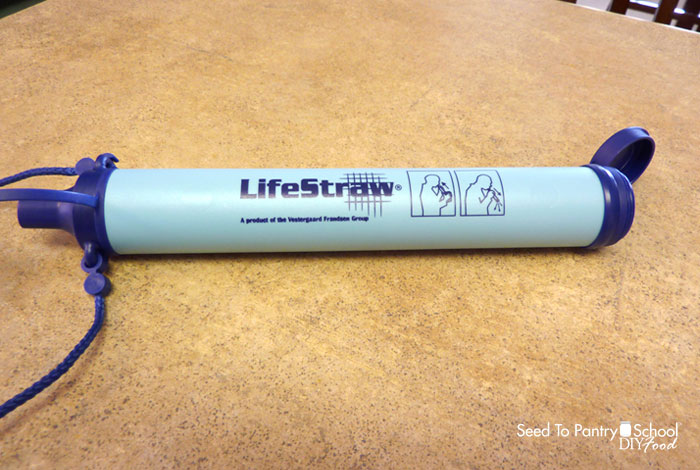 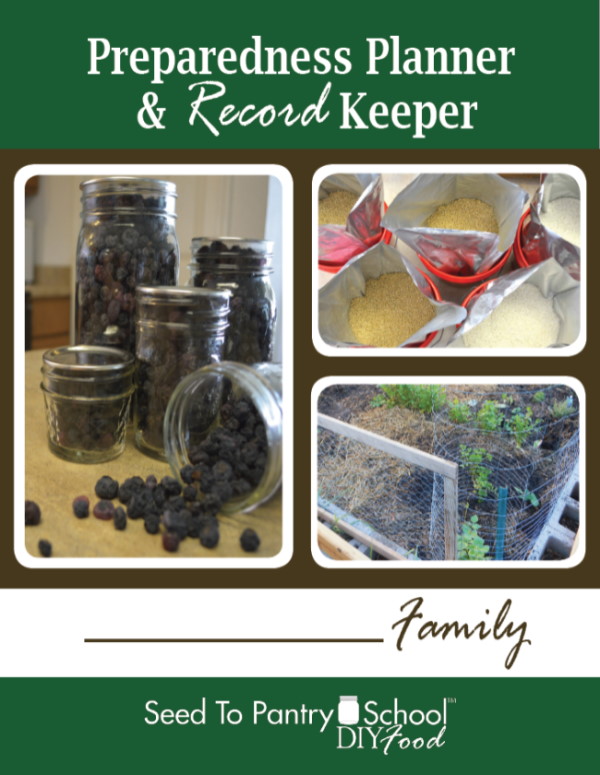 Figure out how much food storage you have on hand, keep track of your food storage rotation, record your important document information, determine where you need to build up your preps and where you have a surplus, and more...