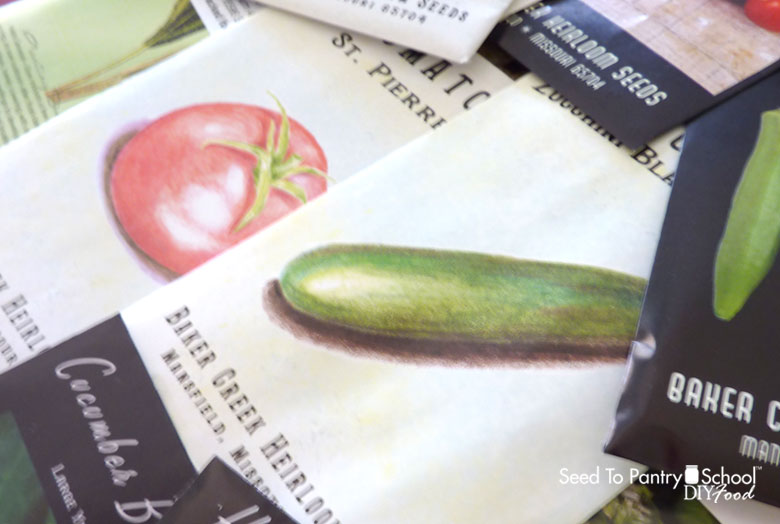 Spring is in the air! Well, it is in North Central Texas. I know some of you Northern folks really can’t feel it yet, but spring is only a few weeks away. It’s time to start thinking about your garden! As a frugal, prepper gardener, starting vegetables from seed is my method of choice. Seeds are a fraction of the cost of seedlings you’ll find at your local nursery and you can pick from a larger variety of vegetable seeds than seedlings. Also, as a prepper you may have the option of saving your seeds, not to mention that if you save them then next year you might not need to purchase seeds at all. Here’s what you need to know to get started.

Hybrid Seeds: Hybrid refers to seeds that have been cross pollinated (a controlled pollination as opposed to open pollination or an accidental cross pollination. I’ll get into more details about pollination in a later) and the resulting plant has the desired traits of their parent plants. The best way to imagine this is to think about dog breeding. If you breed a poodle and a chihuahua some of the puppies will look like poodles and some will look like chihuahuas and still others will be a mix. If you take the puppies that look like the mix and breed them to each other, the resulting puppies might still look like a poodle, and some will look like the chihuahua and still others will look like the mix. Then with this third generation you again breed the puppies that look like the mix; eventually if you keep doing this you will have a new breed of dog. This is because with each generation you’re breeding the poodle and chihuahua out and keeping the mix. It takes many generations to get the new breed. It’s the same thing with a plant. You breed and breed until you get the desired plant and eventually that plant might become an heirloom. In the meantime, the younger generations are hybrids. It’s not quite this simple but hopefully you get the idea. Usually it is pointless to save the seeds of hybrids because the seed will revert to one parent or the other and not have characteristics of the plant that produced the seeds. Almost all corn produced today for the home gardener started out as a hybrid because older varieties of corn were difficult to grow unless the climate was perfect. Now, some of those varieties of corn have become “stabilized” and are now open pollinated and are referred to as heirloom varieties. Hybrid seeds are usually more disease tolerant than heirloom seeds. Heirloom Seeds: The term heirloom refers to older varieties of plants. They are open pollinated or self-pollinated. They may once have been hybrid plants but since they have been bred and bred the current generations have desirable stable traits. Heirloom seeds are especially valuable to preppers because the seeds can be saved to plant in future seasons. However, there are some notes of caution. Since many heirloom seeds are open pollinated you may run into the danger of cross pollination. So it’s critical that you know how your vegetables pollinate and plant those varieties that are susceptible to cross pollination in a separate location to keep varieties pure.

Open pollination: Open pollination just means that the plant is pollinated through wind, insects or birds. This would not include a graft or cutting from a plant. The problem with open pollination is that you can get a varying results. You’re leaving some of the “breeding” in God’s hands, but this usually results in a hardier variety of plant. Most of these problems are eliminated if you plant vegetables that might cross pollinate in different locations.

Self-pollination: This means that the plant has both female and male parts and will pollinate itself. However, these plants can also become cross pollinated if a bee decides to deliver pollen from a different plant. Self-pollinated is usually lumped together with the term open pollinated and so the terms may be used to mean basically the same thing, especially when referring to heirloom seeds.

Cross pollination: Means that two different varieties of a plant pollinate and produce something other than what you expect. Independent farmers are worried about GMO plants are cross pollinating with their open pollinated plants.

Saving Seeds: Saving seeds refers to the practice of taking a few seeds out of the vegetables or fruit that you eat and saving them to plant in the future (usually the next season). Heirloom seeds are best suited for this practice since they have been bred over and over and the genetic traits of the plant are stable. (See above why you can’t save hybrid seeds.)

Storing Seeds: Can seeds last 30 years? Yes, some can under the right conditions. The best way to store seeds is in a cool dry place but not an air-tight container. Vacuum packing seeds is not a good idea. Seeds are a living organisms and even though they are in a dormant state they need a small amount of air to stay viable. This makes me wonder about companies that sell “seed vaults” in mylar packaging. Freezing seeds for long term storage is an option but the seeds must be completely dry otherwise this process will kill the seed. Silica gel is most commonly used for drying seeds before freezing. Properly frozen seeds can last 10 times longer than seeds that have been stored at room temperature. Theoretically, a tomato seed might last up to 40 years. (see chart here for normal seed viability) How do you know if last year’s seeds will germinate this year? Companies in the US have to conduct a germination test to sell seeds. The test is only good for six months to a year, that’s why most seed packages come with an expiration date. However, if there is a question as to whether your seeds are still good you can do your own germination test.

GMO Seeds: GMO seeds are seeds that have been altered by gene splicing. The idea is to make a stronger seed by placing some desirable trait of another organism (another plant or in some cases a fish or mammal) into the genetic makeup of the seed. There is a ton of controversy about this practice and the results. Monsanto, the company that has spearheaded this research is deemed by many as an evil corporation. Not just for their GMO research but for their overall business practices. So how are you to know that you don’t have GMOs in your garden? Well the truth is that there are very few, if any, GMO seeds available for sale to the home gardener. That’s not to say we should not guard against the seeds ever getting into our garden but as of this moment we can breathe a sigh of relief because the chances of you having GMO seeds in your garden are slim to none. GMO seeds are produced for commercial agriculture and you can find a list here of current GMO crops. In order to safeguard against GMO seeds, The Council For Responsible Genetics initiated The Safe Seed Pledge. Basically, seed companies sign a pledge to not knowingly sell GMO seeds. One big name missing from this list is Burpee. The CEO, George Ball, refuses to sign the list. You can read about his reasoning here. To me, he’s justifying doing business with Monsanto. It’s like the old saying, “you can’t be a little pregnant.” You either do business with them or take a stand and don’t do business with them even if it effects your bottom line. Some people still value integrity!

So what does it all mean?

Hybrids are not the enemy of preppers, actually they are a nice addition to any garden. Since their yield is often greater than heirlooms and we as preppers are trying to stock up, there is certainly a place for hybrids in the prepper garden. Heirloom seeds are a must for the prepper garden. They are the future because their seeds can be saved and in theory just a few seeds can feed you for the rest of your life. It’s really essential to start working with them and learn how to nurture and take care of them, then also to learn how to save their seeds. In my opinion, GMO seeds have no place on the planet or at least in a garden, there are just too many unknowns and the potential for real harm exists on every level. Of course the most important thing to keep in mind when planning a garden is that it’s fun and rewarding! For me it’s a giant learning experience and it keeps me on my toes most of the year. 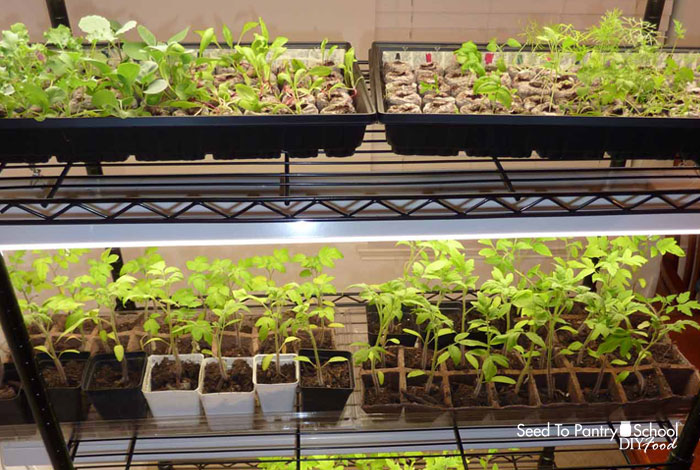 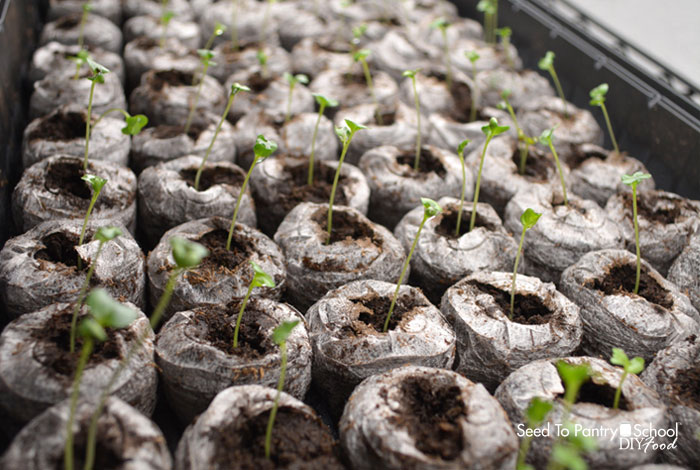 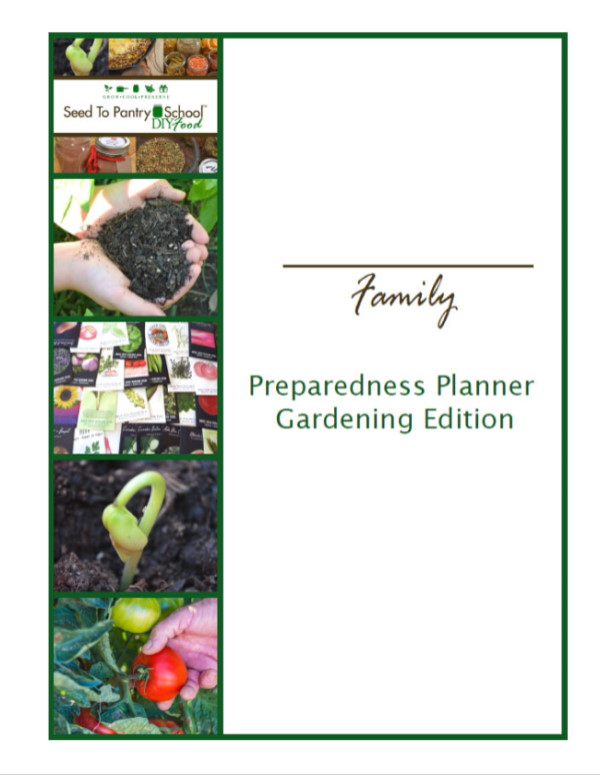 Our gardening planner will help you keep track from everything from planning your garden to seeds to your harvest...