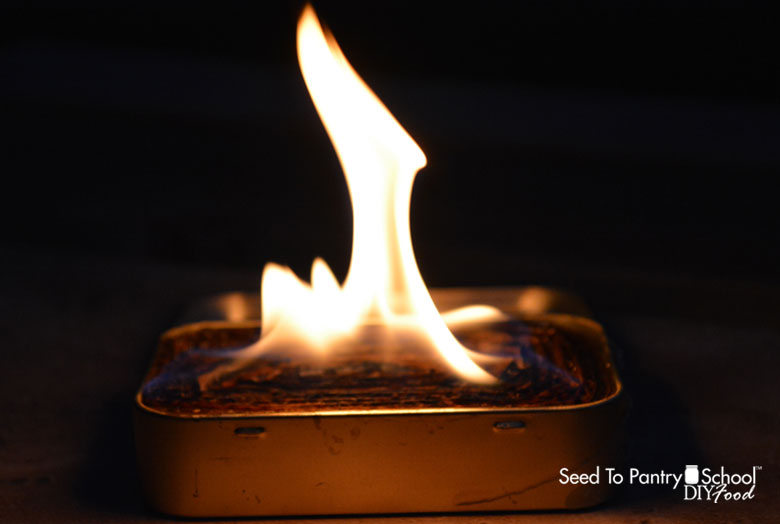 Sometimes it’s nice to have a fuel supply for cooking that doesn’t involve gathering wood. We’ve used Esbit fuel cubes before but they have a horrible fishy smell, and the price can really add up. You could use a Sterno can, but they’re heavy (if you’re out camping or backpacking), and expensive again. 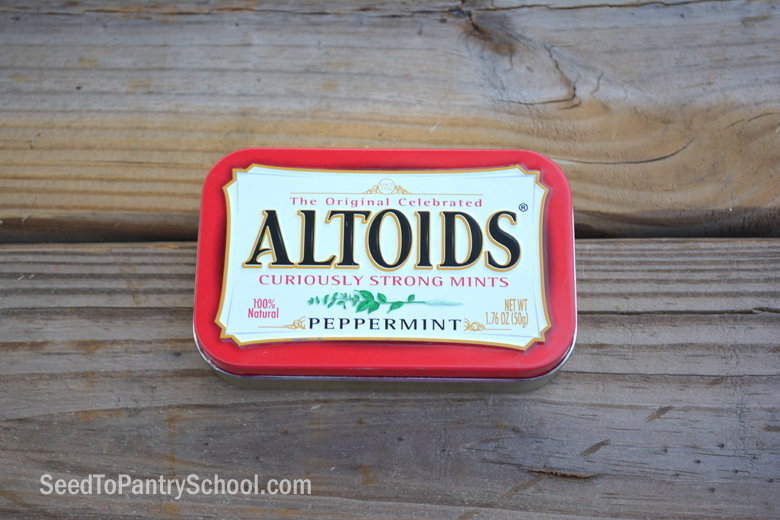 We’ll show you how to construct an inexpensive alternative to these, using our favorite metal container, the Altoids tin.

How To Make An Altoids Candle Stove: 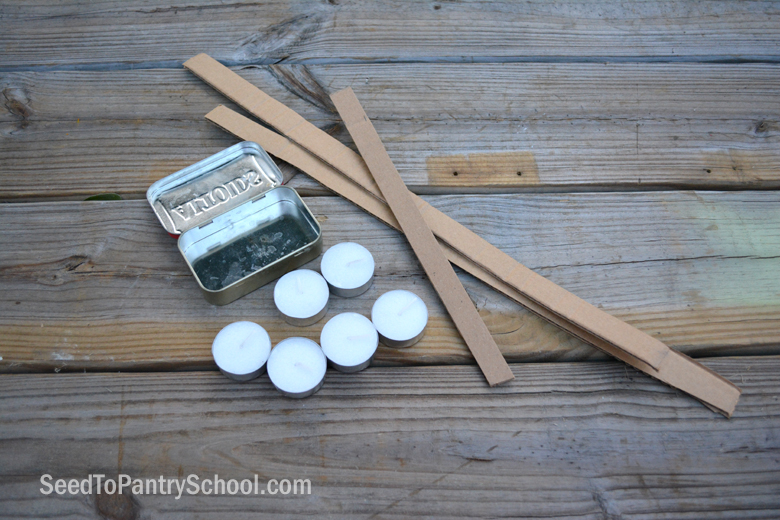 You’ll need an Altoids tin or similar container – a tuna fish can would work, but wouldn’t have a lid or look as cool. You’ll also need some wax (we melted tea lights) and corrugated cardboard. 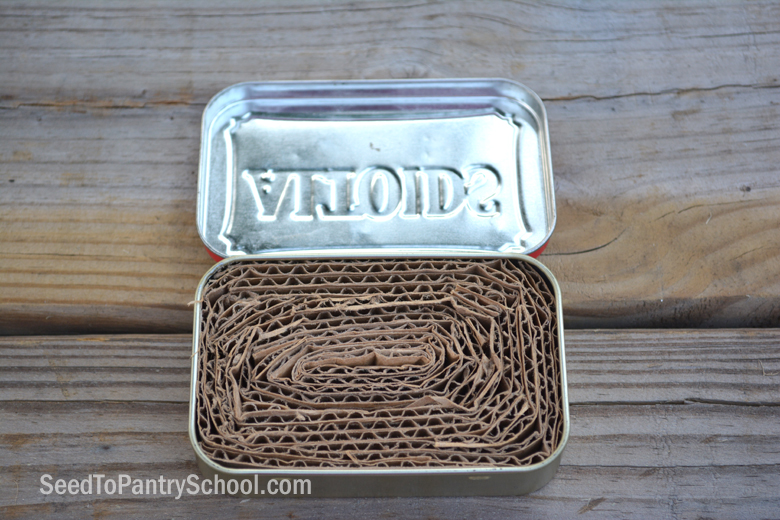 To begin, cut the cardboard in long strips, as wide as the Altoids tin is deep. Make sure you’re cutting it against the inner corrugation -in other words, when you look at the long side of the cut piece, you’ll see dozens of little holes. Once you’re done cutting (the amount needed will vary depending on how your cardboard is), pack the cardboard into the tin in a spiral shape. You want to pack it in tight enough that the cardboard doesn’t move, but not so tight that you squish it and compress the holes. 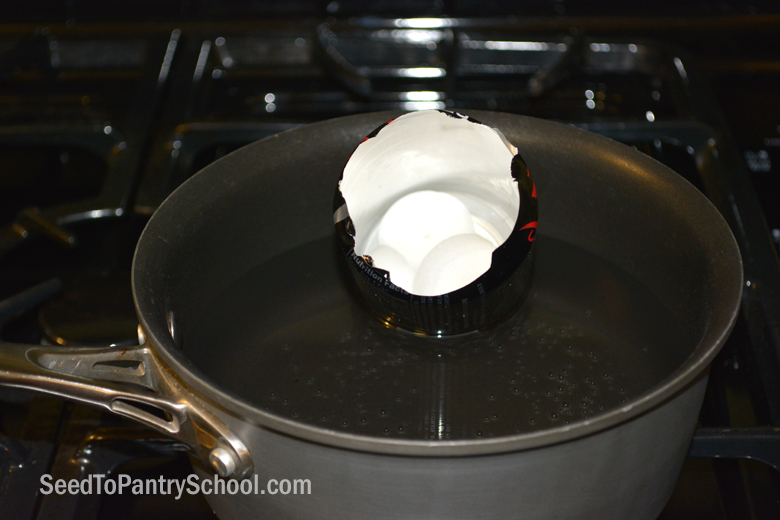 Next, melt your wax. When melting wax, you always want to use a double boiler – it transmits the heat to your wax pot evenly, without scorching, and reduces the chance of fire. We just used a soda can with the top cut off, floating in the boiling water. 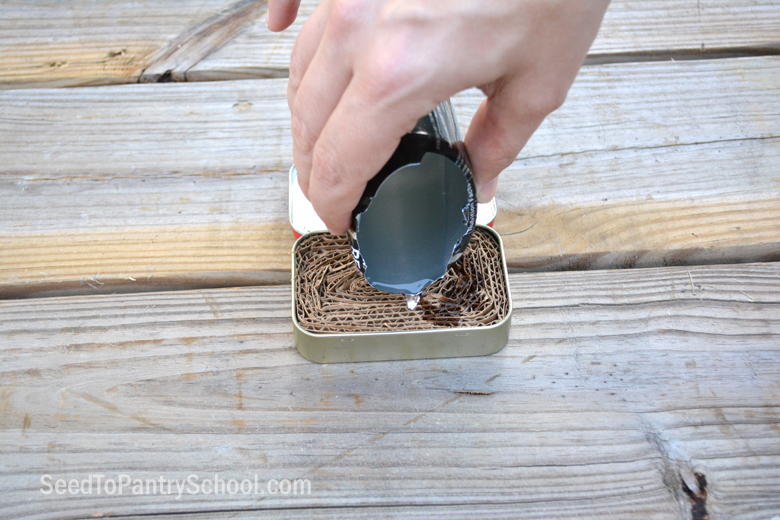 Once the wax is completely melted, slowly pour it into the cracks of the cardboard. You want to make sure every hole is filled, with no trapped air bubbles, but you don’t want the wax to completely cover the cardboard – stop when it’s just a little below the top edge. The cardboard is going to act as the wick – you’re basically making a candle with a huge burnable area. 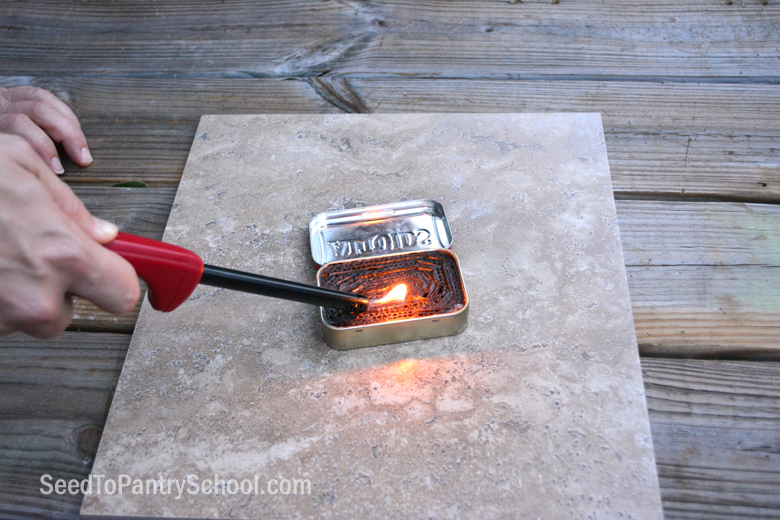 Finally, light it! If it doesn’t light at first, that means you may have the wax too high and there’s no cardboard exposed. Try tilting it on the side and holding the flame in one spot to allow the wax to melt off, and it will eventually light. You may need to make a couple of these to get the hang of exactly how much wax to use. 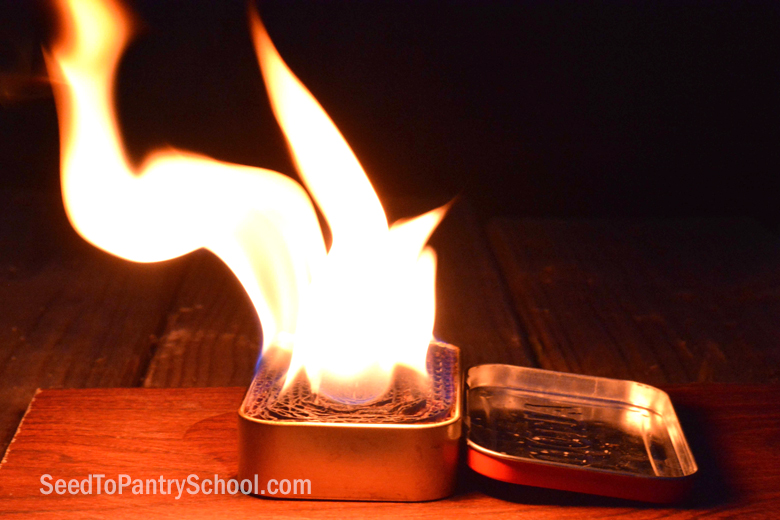 Once lit, this will burn nice and hot, and last for a long time. It’s pocket friendly, and unlike Sterno cans, when it’s empty you can just scrape the gunk out and make a new one!