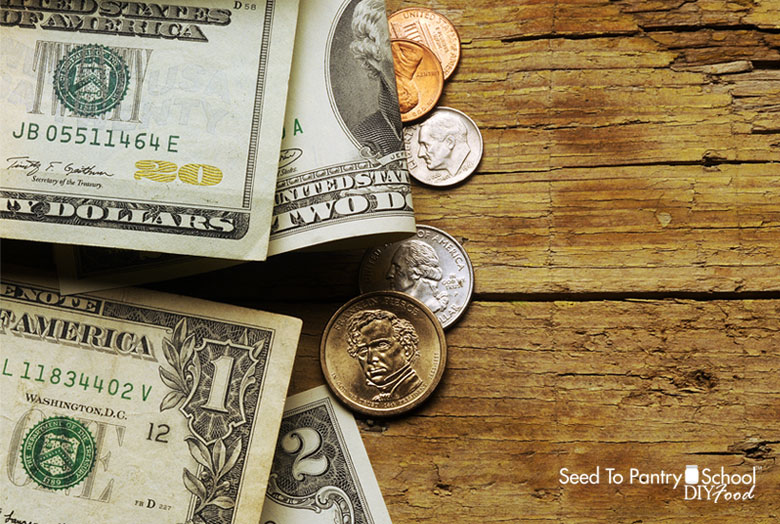 Most people don’t think about all the small monthly bills in their life, but they add up! Spending an hour or two reviewing your bills and you could easily save hundreds (or even thousands) of dollars a year.

I’m not even talking about things like designer clothes, luxury cars and dining out – you could argue that in some cases those are worth the money. Here I’m just listing 10 items and services that could be replaced or eliminated without feeling any pain.

If you’re buying bottled water in single bottles (like from a convenience store), you’re probably paying $1 – $3 each. You can save a bit of money buying a case at a time, but you’ll probably still be paying 40 to 50 cents per bottle. If you drink 2 bottles per day, that’s $60 for something that comes out of your faucet for almost free (here we pay about half a cent per gallon). If you don’t like the taste, then just invest in a water filter–the replacement filters will cost you about 8 cents per gallon of water filtered.

Say you drink an average of just 1 bottle of water per day–you’ll save at least $130 per year (probably more!), and you won’t be creating all the plastic waste.

When you use a bank that’s not your own, they charge you. Then (in most cases) your bank charges you again. If you’re swinging by whatever ATM is closet every week or two to get cash, those charges can really add up. Make a plan to withdraw enough from your own bank to last you for 2-4 weeks, until you can make the trip again.

If you’re making a withdrawal from a “foreign” ATM, you’re probably paying at least $2 to that bank, then another $2 to your own bank. If you do that every other week, you’re spending $104 per year!

We all dream about what we’d do if we hit that big jackpot, but let’s face it, the odds are not in our favor. The odds of winning the Powerball jackpot are 1 in 175 million – you have better odds of becoming president (only 1 in 10 million)! I tell my kids that the odds of winning the lottery are worse than the odds of a gorilla carrying a suitcase of money parachuting into our backyard!

It depends on how much you play. Most people buy 3 tickets at a time, just because that’s how they’re set up to sell. If you do that every week, you’re spending $156 per year. If, like many others, you spend $20 per week on lotto tickets, you’re spending a whopping $1,040!

Do you stop at the drive-through every morning on the way to work for a cup of coffee? A plain cup of coffee is about $2.75, and more once you start getting fancy add-ins. You can make that same cup of coffee at home for about 20 cents.

Now, I’m not saying eliminate the trips to Starbucks all together–if you’re going there once a while as a social occasion (meeting friends…) or you go there to work for a few hours, that’s different. Heck, I’m writing this post at a Starbucks, but then again I’m drinking a Frappucino (a milkshake, basically) that I can’t make at home.

Let’s say you buy one cup of plain coffee every work day (minus your vacation days, of course)–you would have spent around $700 (tax included). If you make your coffee at home you’ll spend about $50, a savings of $650 per year!

Do you buy the latest bestsellers and blockbuster DVDs, read or watch them once, then put them on your shelf? A typical paperback is at least $9 these days (don’t get me started on hardcover prices!), and a DVD is $18 – $20 or more when first released. How many times do you actually re-read each book in a single year, or re-watch the same movie? And with movies, there’s always something better coming down the road in a few years anyway; heck, I’ve owned some of the same movies in 5 different formats: Beta, VHS, Laserdisc, DVD and BluRay.

Instead of buying, borrow or rent. Take advantage of your local library (that you’re already paying taxes on!). You may not be able to get the latest blockbuster on the day it’s released, but you’ll get it eventually. Or try a service like Amazon’s Kindle Unlimited – you can borrow eBooks for a low monthly fee. For movies, either get them from your local Redbox ($1.25 vs. $20), or stream them from Netflix or Amazon.

Let’s say you buy 1 book and 1 DVD every month–that adds up to about $340 per year. If you check books out of your library and hit your local Redbox instead, you’ll save $325 per year.

If you’ve ever bought anything electronic from a retail store, you’ve probably been offered an extended warranty. Sometimes they’re priced so low that you don’t even think about it, but is it really worth $4 to “insure” that $25 item that, if it’s going to break, will likely break inside of the regular manufacturer’s warranty anyway? Alternatively, I’ve been offered some outrageous warranties – $99 to insure a $200 printer! And it seems like every time I’ve tried to use an extended warranty, they wanted to tack on some sort of service charge or shipping fee that made it equal to just paying for repairs or buying a new item!

If you’re worried about a product breaking, then try this: every time you’re offered an extended warranty, just stash that money in a coffee can. If you need to repair something that year, use the money, but I’m willing to bet that at the end of the year you’ll have more than a few dollars left!

It all depends on what types of things you buy, and how much you spend. But let’s say at least $50 over the course of a year.

To me, I don’t even know why this could be a debate any more–smoking kills, it’s banned in many places (and socially unacceptable in most others), and expensive. I know it’s not as simple as saying “just give it up!”, but if you’re determined, you can!

The nationwide average is $5 per pack of cigarettes–more in some places (as high as $14 in New York!), less than others. Going with the average cost, you’ll save $1,825 per year!

I’m not talking about giving up your smartphone and switching to some pre-paid plain with an old flip-phone, but are you really using everything you are paying for every month? Take a look at the amount of data you use every month versus the amount you’re actually paying for. We had a family plan with unlimited data, but found we were only using 2-3 gigs every month. By switching to a 4 gig plan, we saved about $25 per month.

Another item to (possibly) get rid of is insurance on your phone. You could be paying $6 per month (or more) for damage insurance on your device, but have you ever actually used it? I never paid attention to it, but we were paying that every month on both of our lines for the past several years, and never used it. We probably spent at least $700 over the last five years on insurance, and never needed it.

By switching to a plan with less data every month, and removing the insurance from both of our devices, we saved $37 per month, or $444 per year.

Are you paying for the “platinum” level of cable TV and only using it to get your weekly fix of The Walking Dead? These days, there are all sorts of streaming services like Amazon, Hulu Plus and Sling TV that deliver the major networks as well as channels like AMC, TNT and TBS.

Another option is an indoor HDTV antenna, the modern equivalent of the old-fashioned “rabbit ears”, which will give you free access to all your local stations. You won’t be able to record them the way you can with a DVR from your cable company, but you can buy a stand-alone DVR starting at around $50 (although some may come with a monthly fee).

You’ll have to do some research to determine what the best combination of packages are for your family, but it’s likely you’ll save at least $30 per month, or $360 per year.

A quick way to save at least about 20 cents per gallon is to stop pumping premium gas and switch to regular. But is it really safe to do so? Will you be losing performance, or harming your engine?

In most modern cars, the engine control system can adjust to fuel with different levels of octane. You shouldn’t get the knocking and pinging that were common in older vehicles when you ran a lower octane fuel. If the owner’s manual recommends premium, you may see a slight drop in performance by switching to regular – you may lose a half second on your zero to sixty time, for example. But that’s a fair trade for saving money!

Years ago, premium gasoline contained more detergents and additives to stop carbon deposits and clean your engine. But today, due to government regulations aimed at cutting emissions, all grades of gas have plenty of additives to both protect engines and cut pollution.

That depends on how much you drive, and the mileage per gallon your car gets. If you drive 15,000 miles every year, and your car gets 30 miles per gallon, you’ll use 500 gallons of gas in a year. If you save 20 cents per gallon, that’s an annual savings of $100.

Check for things you don’t use

Review your monthly bank and credit card statements to uncover repeating charges that you just don’t use–things like magazine and newspaper subscriptions, gym memberships, and subscriptions to web sites you no longer access.

You’ve probably got at least one repeating charge that you no longer use, so let’s say at least $10 per month, or $120 per year.

So, are these steps really worth the effort (or to some, the inconvenience…) to do? They were for us. We cut out bottled water, fancy coffees, purchasing books & DVDs, adjusted our cell phone plan, and got rid of cable TV. Those five changes saved us around $1,700 per year, enough for a family vacation! And those savings will continue every year!

What did we miss? Please let us know in the comments!